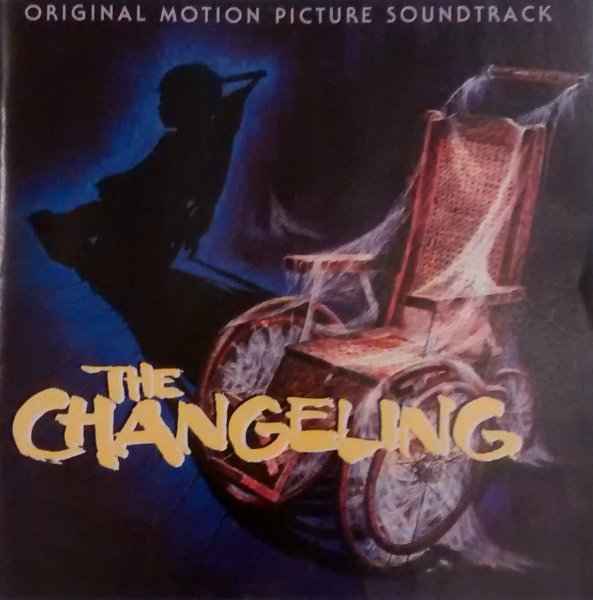 A concert pianist (George C.Scott) moves into a haunted house and becomes obsessed with an old music box tune, which he begins to play on the piano. Howard wrote and recorded this theme for the film, first on celeste (like a music box) and then as a complete concert piano work. It was director Peter Medak's intention for Howard to write the entire score but it went to Kenn Wannberg and Rick Wilkins in Canada. The film was directed by Peter Medak and produced by Joel Michaels in Vancouver


Howard recorded his own concert version of the 'Music Box' theme at Advision in London but this version was not used in the film where it was re-recorded by another pianist .

Due to this the rights for the piece were retained by Howard Blake and some years later (1996)  he included it in his piano collection 'Lifecycle' (op.489), beautifully recorded in 2003 by pianist William Chen on ABC Classics. See opus 489

Despite a plot that promised effects and blood, THE CHANGELING is a true throwback to such classic chillers as THE UNINVITED and the original CAT PEOPLE, films that left graphic terror and monsters outside of our sightlines, and palpable in our imaginations. And with Peter Medak’s sure direction, THE CHANGELING was a class act from start to finish, a triumph of atmosphere over wanton effects. With this old-fashioned approach in mind, Medak first turned to Howard Blake, a composer renowned for his astonishingly lyrical score for Ridley Scott’s first feature THE DUELISTS. Blake composed the haunting music box theme, and was prepared to write a full score. But that was until the far more ominous specter of the film’s producers stepped in, handing over composing reigns to John Williams’ orchestrator Ken Wannberg, a fine musician in his own right with such scores as THE PHILADELPHIA EXPERIMENT and OF UNKNOWN ORIGIN to his credit. Toss in the Canadian composer Rick Wilkins to fulfill Canuck financing obligations, and you had a recipe for stylistic cacophony. The fact that THE CHANGELING ended up being beautifully cohesive is almost spooky. Growing in suspense from its music box, the score reveals distinctive, interlocking themes, all floating with lush, subtle strings, moaning voices, chimes, and above all melody, Next to Jerry Goldsmith’s THE OMEN, this is easily the creepiest score written for an unholy (if far less malefic) child --his spirit conjured with a deceptively gentle tinkerbell sounds, gentle suspense that will take on full symphonic revenge.