News: CELLO AND PIANO CONCERT IN COBLENZ 27 November 2022
You Are Here:-> Home :: Recordings :: THE LAND OF COUNTERPANE - an animated song-cycle (26-minute film) 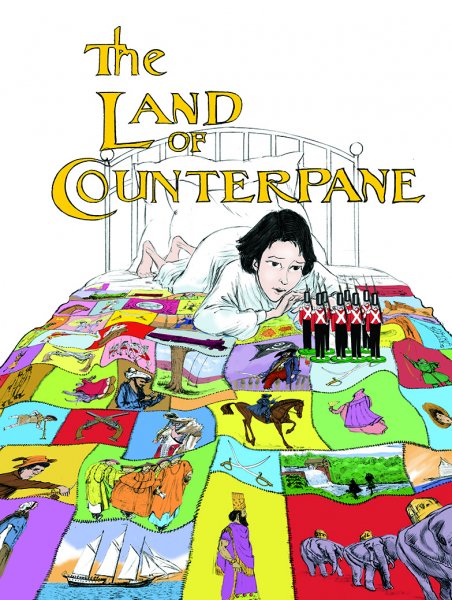 'THE LAND OF COUNTERPANE' An animated song-cycle for children's choir, narrator and orchestra The poet and novelist Robert Louis Stevenson was a sickly child confined to his bed, the covering of which was a vivid patchwork quilt known as a 'counterpane'. The pictures on it led him to flights of imagination, which he later recalled in his collection of poems "A Child's Garden of Verses". Twelve of these poems are set to music by Howard Blake and his spellbinding animated film has already excited rapt audiences in Edinburgh, the Daily Mail stating that it is 'the film that's poised to be the new Snowman'. It has been scheduled for a world premiere in Aldeburgh on December 18th 2016 in a fabulous double-bill with 'The Snowman' after which date it will be available for your own choir and orchestra to perform. (Film, score and parts available, contact: anna@annamenzies.com)