News: CELLO AND PIANO CONCERT IN COBLENZ 27 November 2022
You Are Here:-> Home :: Recordings :: The Snowman 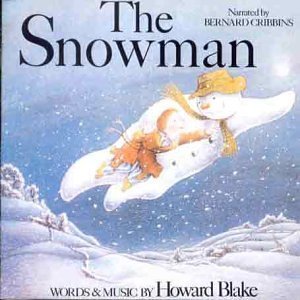 '...Like William Walton, Howard Blake, William Alwyn and other masterful British composers from the concert world who work or worked occasionally in films, Benjamin left his mark on the British cinema by providing superb scores for some fine movies, but all of Blake's many musical works, both for the screen and elsewhere, are somewhat eclipsed by his score for 'The Snowman'. The contagious six-note phrase in the 'Walking in the Air' theme (and song) is one of those rare pieces of music that needs to be heard only once and it is never forgotten. The hymn-like theme is both reverent and spirited, gleeful and bittersweet......Blake is not embarassed that of his hundreds of works his most beloved music is that for an animated short. How can one not be proud of this twenty-six minutes of pure musical joy?'