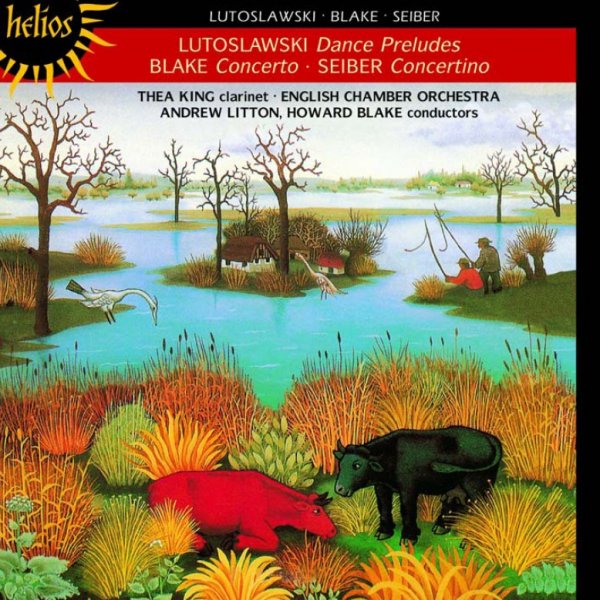 Premiere recording of the Clarinet Concerto commissioned and performed by Thea King.
(NB The first movement was later amended and a new recording of the concerto made by Andrew Marriner for Pentatone Records in 2012 conducted by Sir Neville Marriner and played by the Academy of St. Martin in the Fields, the album being entitled 'The Barber of Seville' )