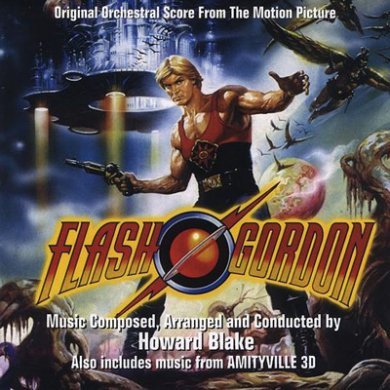 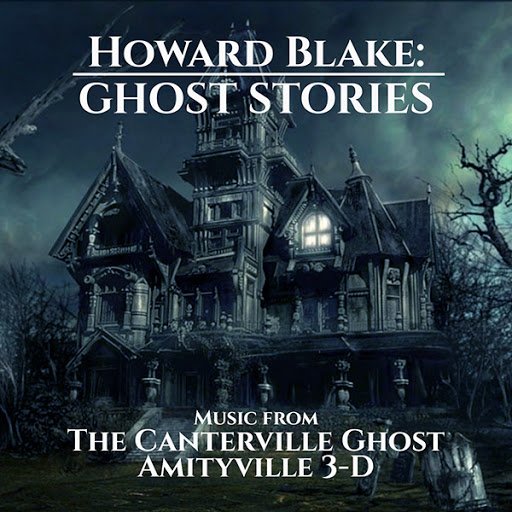 Quite how bad Flash Gordon was supposed to be, I don't think I'll ever be sure. Even if it take it as campy, almost to the point of spoof, then I suppose it is almost enjoyable, but I just think it was too dreadful to take very seriously at all. The one thing that anyone who watches the film, other than how tacky the whole thing is and how many famous people (Brian Blessed, Max Von Sydow and Timothy Dalton) are in it, is the theme song by Queen. Freddie Mercury also had a healthy sense of ironic humour with regard to many of his songs and this is perhaps taking it to its logical extreme. Of course, this is a promo for Howard Blake who actually wrote the proper underscore and is thus sadly lacking in any of Queen's input apart from the occasional very tiny hints of the theme song appear once in a while. I'm actually surprised they're credited, it usually comes down to just the repeating bass note that started the song off which would hardly count as plagurism on its own.

The album does get off to a fabulous start with The Hero, using the Queen material to best over the top heroic use, but after that the score is much more variable. It veers between kitch (mainly with the Hawkmen music later on), quite exciting, if simplistic action cues and a good deal of fairly low key stuff that doesn't go anywhere. One somewhat annoying feature is that items that appear to be action cues were in fact scored with Queen's music and so there is some orchesrtal build up, but no pay off. This does get somewhat frustrating after a while. On the other hand, Amytyville 3D was by all accounts a lame second sequel to the original Amityville Horror and like the equally appauling Jaws 3D used the green and red glasses technique to give the film the "extra dimension." Of course, no extra dimensions will cover up a lack of quality and production values. Blake's score is certainly more interesting than a film with that kind of description deserves. It never goes overtly over the top with orchestral histrionics; even The Beast as a pseudo-Hellraiser type choral cue only goes over the top at the very end. The earlier part of the score is very low key indeed, mainly producing plenty of atmosphere in a Bernard Herrmann kind of way, the orchestra twinkling away quietly. To his credit, Blake never dwells too long on any particular idea so the music is always moving forward.

In a lot of ways, some promotional CDs often serve to highlight the shortcomings of a particular score than normal releases since promotional albums are almost always fairly lengthy and this one is no exception. An album that mixed in the Queen songs with a proportion of original score highlights would almost certainly be terrific fun - although I must admit the more widely available album is fairly amusing with Queen's songs interspersed with gloriously tacky dialogue clips. The relative compactness of Amityville 3D probably helps it seem like being generally the more interesting item on the album, but despite being a fairly accomplished composer, Blake is no Bernard Herrmann or Jerry Goldsmith, so even that has limited interest value. I must confess to a certain amount of disappointment with regard to this album which I thought would be more fun. Had Flash Gordon been chopped down to half an hour of the best cues from each part of the film, I'd probably be a little more generous. Of course, if you're a fan chances are you'll enjoy every minute of it, but for everyone else, worth hearing, but probably not worth paying high promotional album prices for.

Ballet:THE ANNUNCIATION. choral: 'FROM THE CRADLE TO THE GRAVE' (1979)
'BENEDICTUS' IN AUSTRALIA. SNOWMAN CD ON CBS MASTERWORKS (1983)