An entertainment for The Scholars vocal group and ensemble based on the book 'The English Difference' by Paul Jennings and others
Published by: Alfred Lengnick and Co
Commissioned by: David Kingsley /Aurelia Books/Endercom and The Scholars
Instrumentation: 5-part vocal group instr ensemble (vn,C/A,gtr,pno,bass,pc)
Or 5-part vocal group and piano
[Key to Abbreviations]
Note on Lyrics: Texts: lyrics by Howard Blake (Eng) inspired by a book called "The English Difference" by Paul Jennings
Duration: 45 mins
First Performance: Recording at Scorpio Sound June 13-15 with The Scholars and an ensemble directed by HB 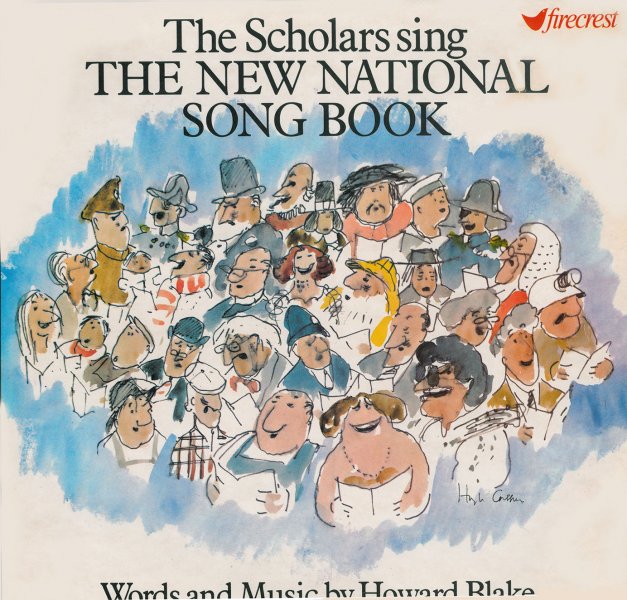 LP on Firecrest FEU 1002, cover design by Hugh Casson. performed by The Scholars 1975, available from Highbridge

'The New National Songbook' has discovered a brand new and immensely effective line of satire which should replace all others. It is called the truth.'

PIANO QUARTET, SONATA FOR VIOLIN AND PIANO ballet:REFLECTIONS (1974)
DANCES FOR TWO PIANOS, TOCCATA - A CELEBRATION OF THE ORCHESTRA (1976)